The western façade of the Saint-Point castle

The Story of the Saint-Point Castle

Saint-Point was used as a castle from the XII to the XIV century and bought in a state of abandon by the chevalier de Pratz, Alphonse de Lamartine’s father, in 1801. It became in 1820, the family house of the poet.

Alphonse de Lamartine turned it into an English neogothic castle, thus making it one of the rare examples of this architectural style in France.

The Saint-Point castle and its farmlands were acquired by Alphonse de Lamartine’s father, Pierre de Lamartine, chevalier de Pratz, in 1801.

According to the diary of Alix des Roys, Alphonse de Lamartine’s mother, the castle was abandoned after being ravaged during the French revolution. The roof was damaged, doors and windows shattered, the furniture pillaged.

“The castle is almost a ruin,” we read in the Manuscrit de ma mère [My Mother’s Manuscript] on the 16th of June 1801, “all the walls are bare, crests and chimneys have been smashed with iron bars by peasants from faraway land during the Great Fear of 1789. Nothing here can be flattering to the self-esteem.”

In 1820, Alphonse de Lamartine inherited in advance the Saint-Point castle, on the occasion of his wedding with Mary-Ann Birch.

He made the castle his family house and began to restore it in the Anglo-Saxon gothic style that he had discovered during a trip in England, home country of his wife.

Thanks to the massive success of the Méditations, the poet made a fortune and launched ambitious restoration work on the castle. He had a quatrefoil gallery built with a terrace between the two towers on the east wing, and on the west wing a neogothic portico preceding the main entrance to the castle. Both are ornamented by its emblem, the cloverleaf. At the angle of the stables and the orangery, a Sarrasine tower also named “tour de l’horloge” [clock tower] was built. In the meantime, he arranged the gardens in the English style as well. 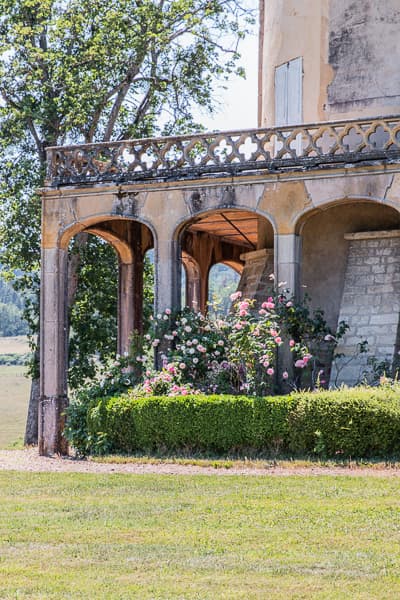 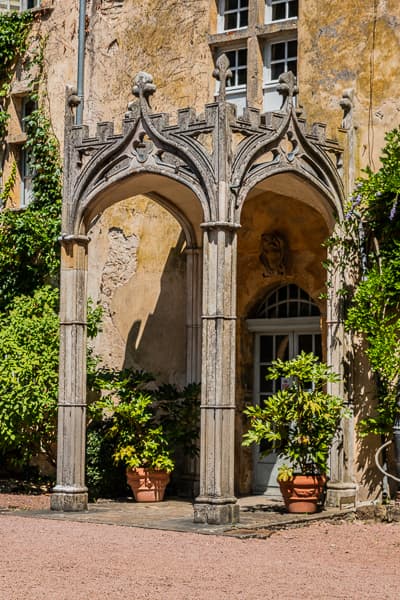 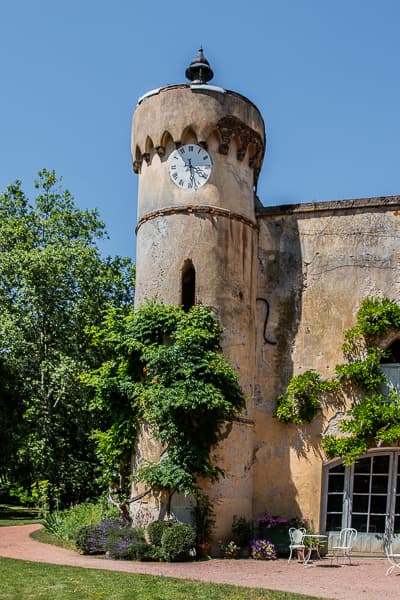 While in Saint-Point, Lamartine wrote part of the Harmonies poétiques et religieuses published in 1830.

A few years later in 1853, Lamartine had a pavilion built and attached to the south façade where he settled his bedroom, which was connected to his office and served by a staircase built within a tower. Lamartine’s bedroom and office are listed as Monuments historiques (important sites of cultural heritage in France) and have been preserved as they were when Lamartine passed away. 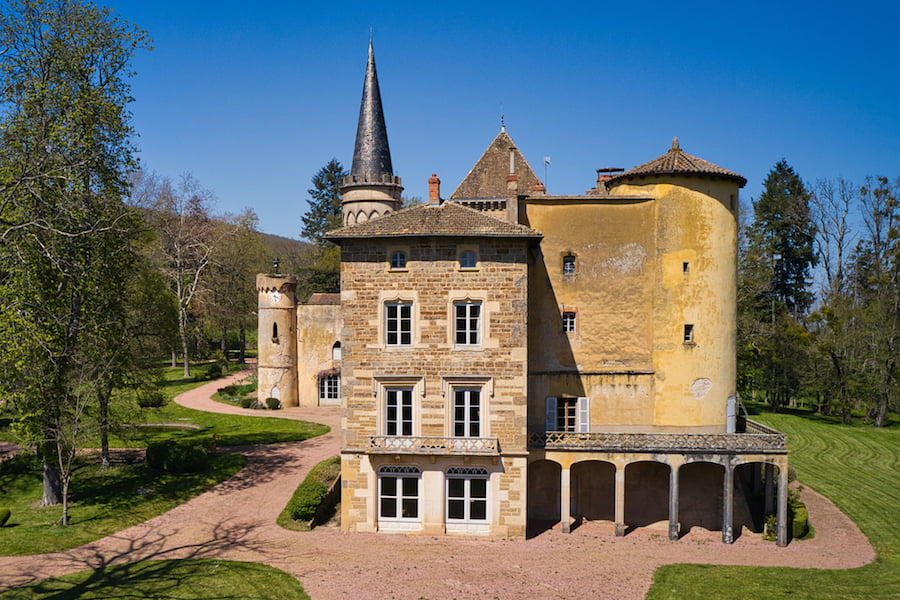 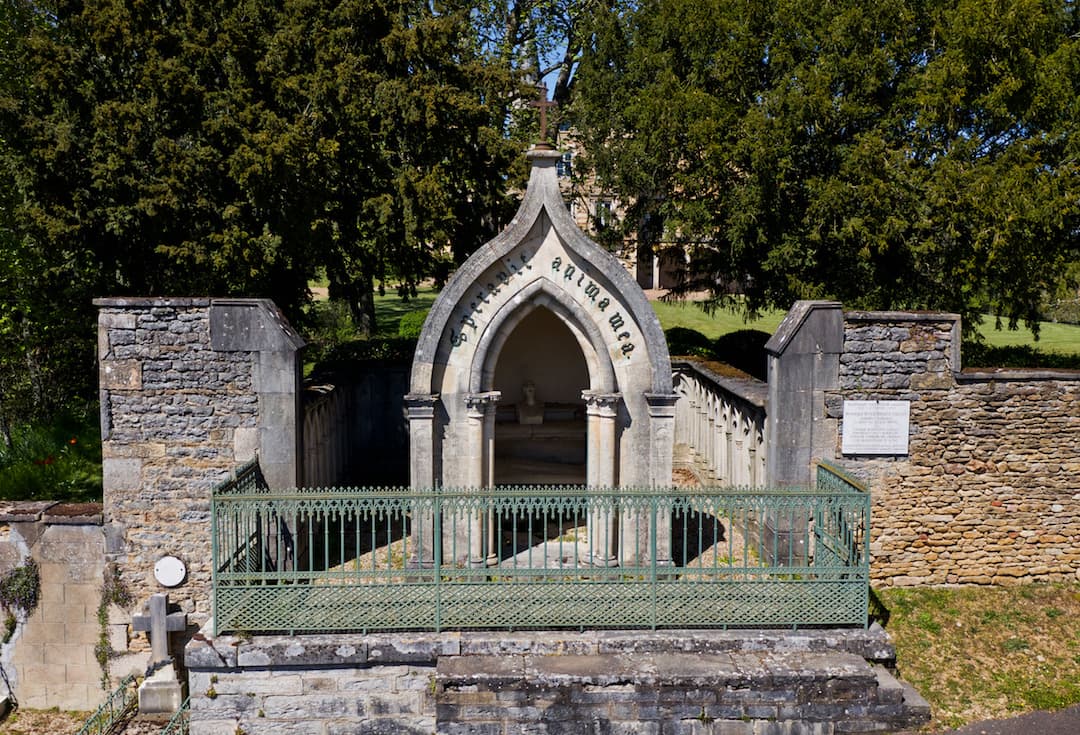 After his mother passed away in 1829, he had built, in the western section of the park, a roman church and a neogothic family vault, which serves as the resting place for his mother, his two children, his mother-in-law and his wife. In 1869, a huge crowd accompanied his body to this tomb. His niece, Valentine de Cessiat, who succeeded so well in keeping his memory alive, was the last one to be buried there in 1894.

Visits of the castle
Book a visit